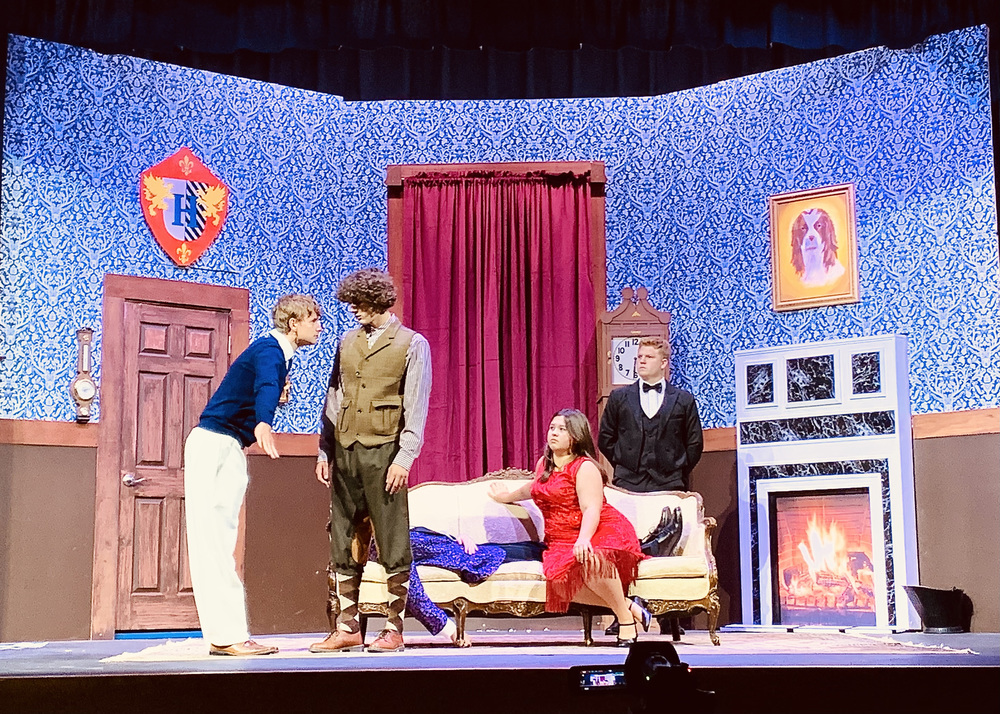 Congratulations to Chiefs Theatre on Placing Second at Regional One-Act!

Chiefs Theatre took 2nd Place at the OSSAA Class 4A Regional One-Act Contest held at Alva High School on October 7th. Alva won the contest, with Crescent coming in third. Burlington and Waukomis placed fourth and fifth respectively. The Chiefs will compete at the State contest at Mustang High School on October 29th and 30th. Their public performance time is 11:40 am at the Mustang Performing Arts Center.

This year’s competition play is Mischief Theatre Company’s The Play that Goes Wrong, and Regionals proved it deserves the title. Shortly after the show began, a wall fell, forcing the cast to cover the mistake. Fortunately, the judges were extremely impressed with the cast’s professionalism. Despite the second place finish, the judges named five of Cherokee’s actors to the ten-member Regional All-Star Cast. The regional all-star medals went to Seniors Chandler Colvin, Evan Mitchell, and Gabe Wyatt, junior Jocie Shelton, and sophomore Xander Jackson.

“It was a disaster” senior actor Evan Mitchell said, when asked to describe the experience.

“Yeah,” senior actor Chandler Colvin added, “it was quite terrifying.”

“Let’s just say, we have a lot of work to do before state to achieve the level of quality that we expect,” senior actor Gabe Wyatt said.

Everyone’s invited to attend the performance at state on the 30th, but if you miss it, the Chiefs will present the play for the public on November 13th and 14th.